Early in 2013 Travelfish set me a task: to try out a few street food tours in Hanoi and write about them. This was like a red rag to a bull and I jumped to it immediately. Ever since I’ve wanted to re-visit some of the new places that I discovered on those tours but have failed miserably in my quest. But a couple of weeks ago Kat reminded me that she was keen to do a Sarah-guided street food tour so I was propelled into action, and at 13:15 on a Sunday afternoon, Kat, Sam, Paul and myself headed into Old Quarter to eat and drink the day away.

We more or less followed the route set by Mark Lowerson — the most expensive yet most enjoyable of my street food tours — so I won’t repeat the details that are in my Travelfish post but will mention a couple of highlights. Or lowlights.

When I went on the tour with Mark we went to Cafe Giang, on Yen Phu Street, for egg coffee. He mentioned that they also had egg beer on the menu but that he had yet to try it. Of course, there was no chance we weren’t going to give it a go on the return journey — although I stuck with the coffee. It was a strange concoction: the beer and the egg part were served separately and then mixed in a glass. The egg tasted a bit like zabaglione and when mixed it reminded us slightly of advocat. Generally agreed to be interesting and tasty but a whole glass was a bit too much.

That was a highlight, as were the deep fried banh bao, despite the extensive discussions that took place before we were finally seated on stools on the other side of the road. A lowlight was that the banh tom place was full and we were waved off and another was the man inserting a suppository into his daughter’s bottom while we sat eating herbal chicken. He then gave me my change — which no-one else would touch. 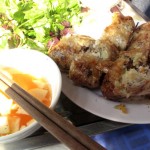 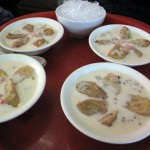 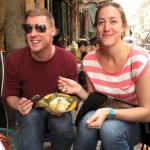 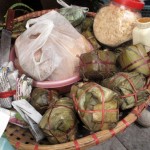 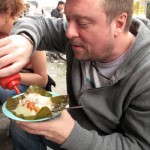 A little bit of chilli with that? 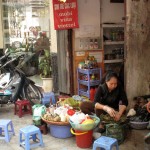 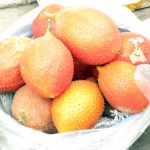 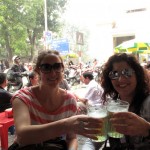 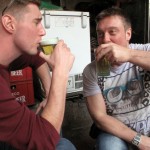 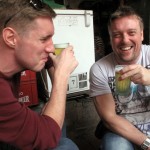 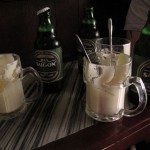 Beer again, this time with egg 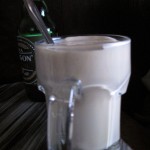 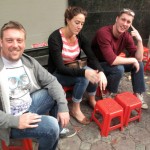 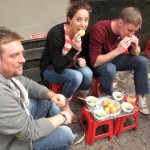 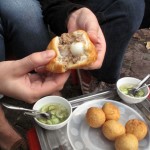 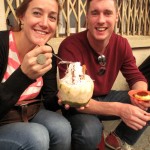 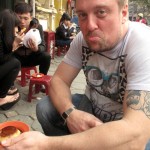