Is it really over four months since I last wrote? Where did the summer go? Clearly it passed in a haze of heat and humidity which prevented me from functioning properly. Yes, that’ll be it.

The temperature, and humidity, have dropped slightly now, but it’s still started out as a damn hot October. September was particularly humid – it got up to about 90%, and that was in the evenings. That is one of the notable things about the weather here versus the south: it may be hot all year round in HCMC but the temperature tends to drop in the evening. Here, not so much. But we do get a winter, which is fast approaching.

But onto things other than weather.  A few exciting things have happened since May, most notably Paul proposing to me while we were away on holiday for our 10th anniversary. As if the holiday wasn’t special enough — we stayed in some awesome resorts — he popped the question over our anniversary dinner. And while it may not have been particularly notable in it’s delivery it was accepted. 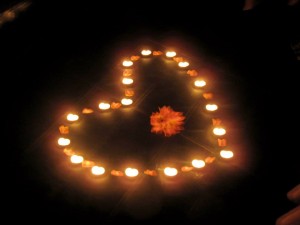 Then it was onto the exciting business of selecting a ring. We decided to order one on line from a well-regarded US supplier and get it delivered to a friend in Hong Kong for me to collect when I went in August — more on that later. I spent hours pouring over diamonds and settings, comparing the 4 Cs (as ever, when I research, I really research!) and different platinum settings. Eventually, with the aid of James Allen’s online chat we selected the ring and then had the anxious wait to see if it would get to Hong Kong on time. Fortunately, it did … but it’s too  big! Not to be deterred, I’ve stuck on a ring snuggie and am proudly wearing it around, sparkling in the sunshine!

So Hong Kong: I met Kristel there at the end of August for a 5 day visit. I love that place. It really has everything I would want from a place to live: vibrancy, great restaurants, easy transport, countryside with good walks, beaches…if only it were the same price as Hanoi! Although we stayed in Wan Chai, on the island, we spent most of our days outside of the city walking on Lamma island, visiting Big Buddha and sitting by the beach on Lantau and exploring the wetlands in the New Territories. That did also involve quite a bit of time on public transport, so thank goodness it’s clean and reliable. Of course, we squeezed in a bit of shopping too — Paul wanted an Nano and I decided to buy myself the MacBook Air that I am using now, so Apple got  few visits.

They’re the main adventures in the last few months, but I’ll ramble more tomorrow. For now I have to go out to a Rocky Horror Picture Show sing-along event. I think it may be a bit more raunchy than the Mamma Mia sing-along we attended a while ago, but who knows!