This has been turning into a photo journal rather than a eloquent diary! Not such a bad thing, as photos are undoubtedly more attractive than my ramblings, but I really must start making more of an effort to write. Lazy Sarah.

The photos here are from a Tay Ho walk I joined this week organised by HIWC and run by Roman Szlam from Friends of Vietnam Heritage. I was keen to join as I’d just started writing a post for Travelfish about Tay Ho Temple and realised I needed to know a bit more about it before I could write an informed and useful post.

We met at the Hanoi Club and walked around the corner to the Đình. A Đình is a communal house: an informal meeting and resting space for local residents, and a place where the elders meet to make village decisions. I’d always thought they were temples, but that’s not the case. Facing the courtyard is the main building, dominated inside by an elaborately carved structure, used to carry a statue of the God or patron of the village at festivals. Around the edges are raised platforms, for meeting, sleeping or preparing food, and at the end is a display of statues dressed in xxx partaking of a feast.

Next we walked to the nearby alleyways famous for breeding and selling aquarium fish. The fish themselves didn’t hold much appeal — don’t get me wrong, I love fish, as is demonstrated by my willingness to live in a house with an inside ornamental pond, but I wasn’t too bothered about seeing them in tanks — but the idea of streets dedicated to certain functions and the fact that these are often tucked away in places you’ve walked past many times but never noticed, always tickles me: it’s once of the things that makes Hanoi what it is.

After the fish we took taxis to Phu Tay Ho, which I was later told means ‘West Lake Palace’ and not ‘Temple’, and then walked to nearby Chua Pho Linh Tay Ho. I’ve just written posts about both of these places for Travelfish so won’t repeat them here. 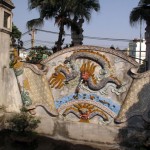 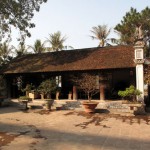 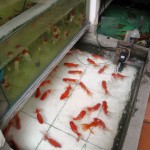 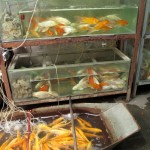 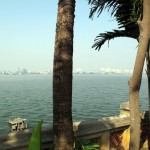 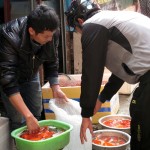 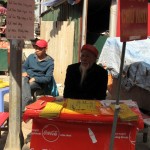 Writing prayers in Chinese to send to the Gods 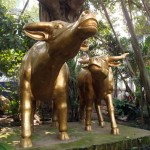 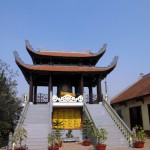 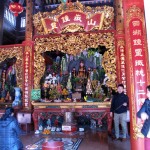 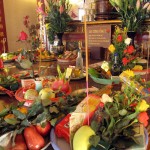 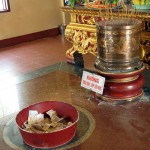 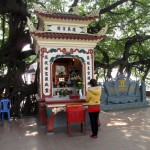 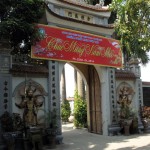 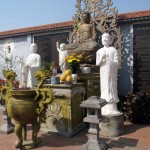 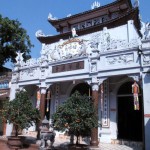 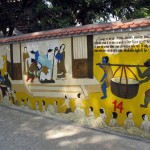 The 10 deadly sins and their punishment